Situated just a short walk from the town hall in Boitsfort, Les Fleurs du Marché is a florist that exemplifies all the passion of floral art.
Perfectly in step with the seasons, this florist enjoys the benefits of regular deliveries from the countryside, for unrivalled freshness and choice.

After graduating from the renowned Horticultural Institute in Gembloux, it was in 2007 that Arnaud Boseret set up his florist business in the leafy suburb of Boitsfort, in the south-east of Brussels, where he spent his entire youth.
Here he creates his harmonious floral compositions: seductively rich bouquets in shape, colour and fragrance.

Les Fleurs du Marché , is first and foremost the shop on Rue Middelbourg in Boitsfort. But the style and joie de vivre of Arnaud’s creations are also to be found each Sunday morning at the local borough market. Traditionally, Les Fleurs du Marché sets out its stall of magnificent blooms in Rue du Ministre, just opposite the Oxfam shop.

Depending on the season, you’ll find there anemones, poppies, peonies, thistles, daffodils or tulips… 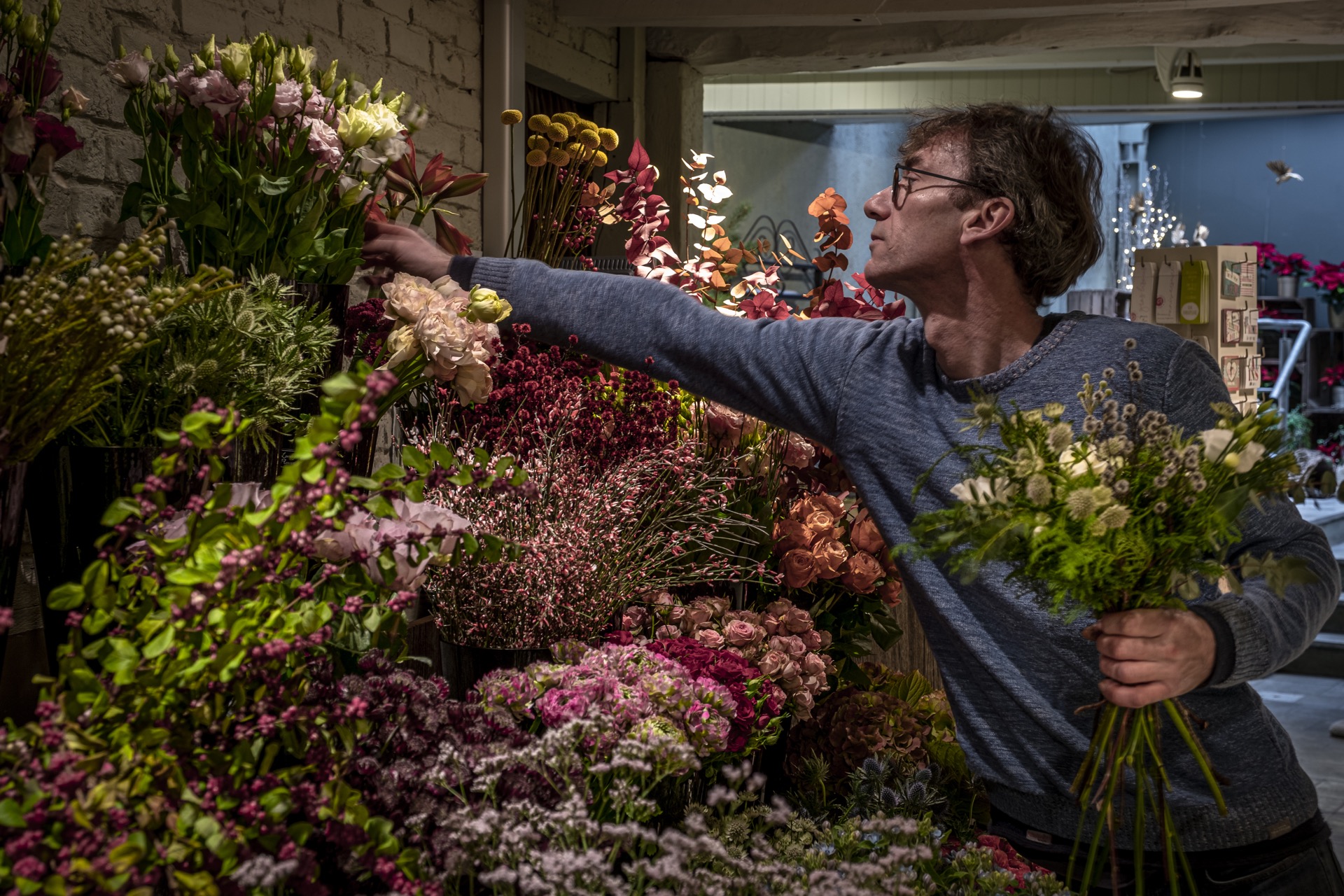 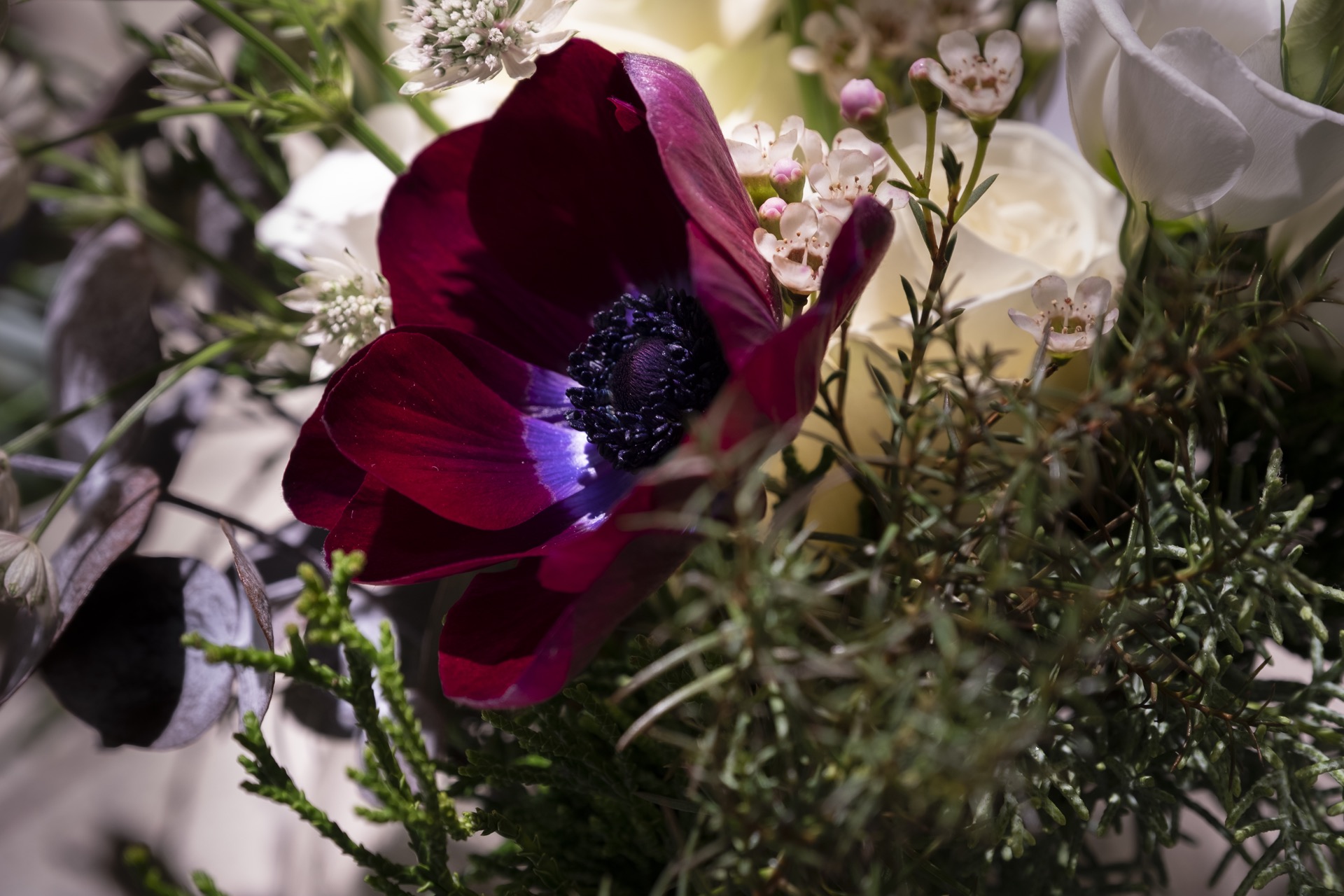 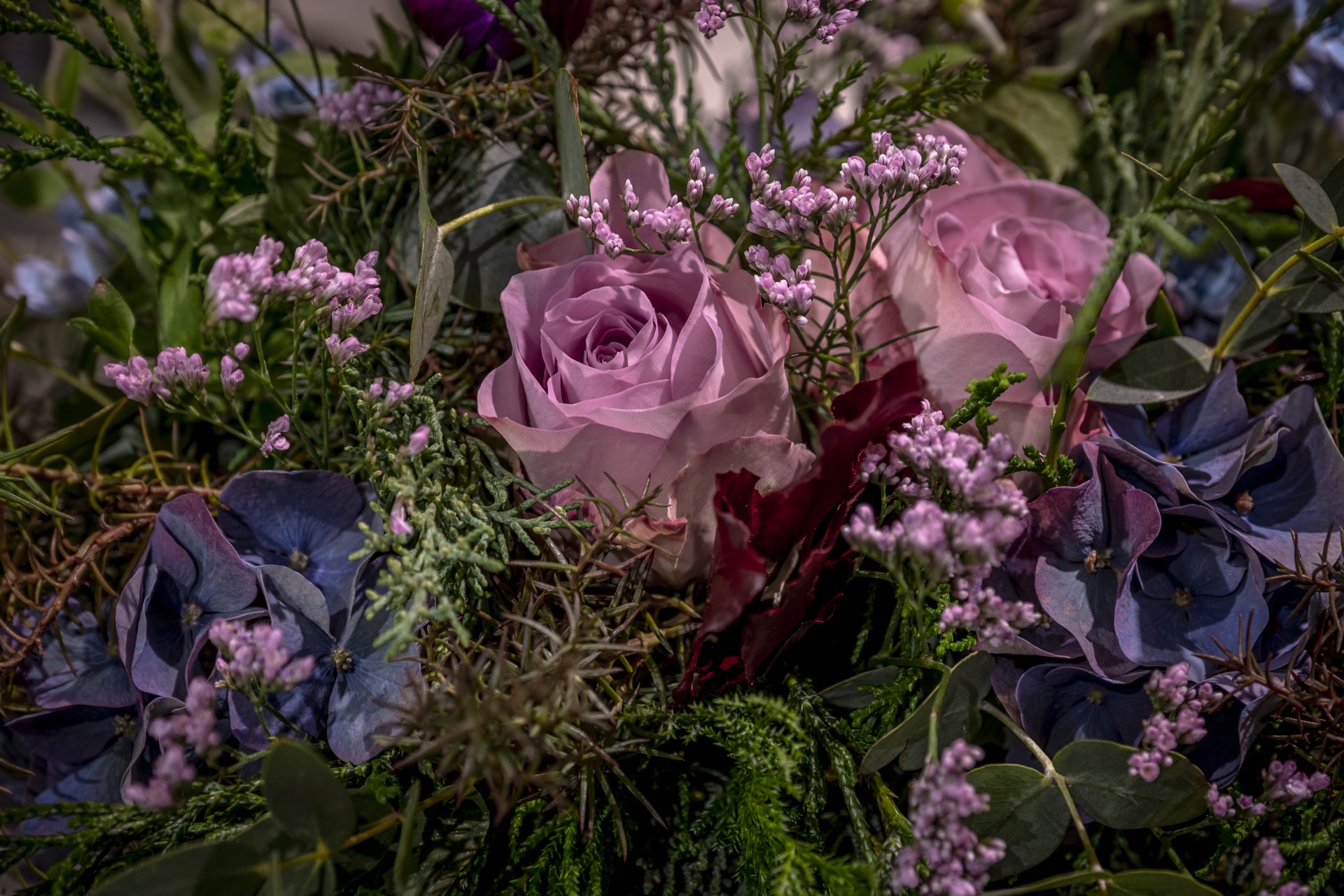 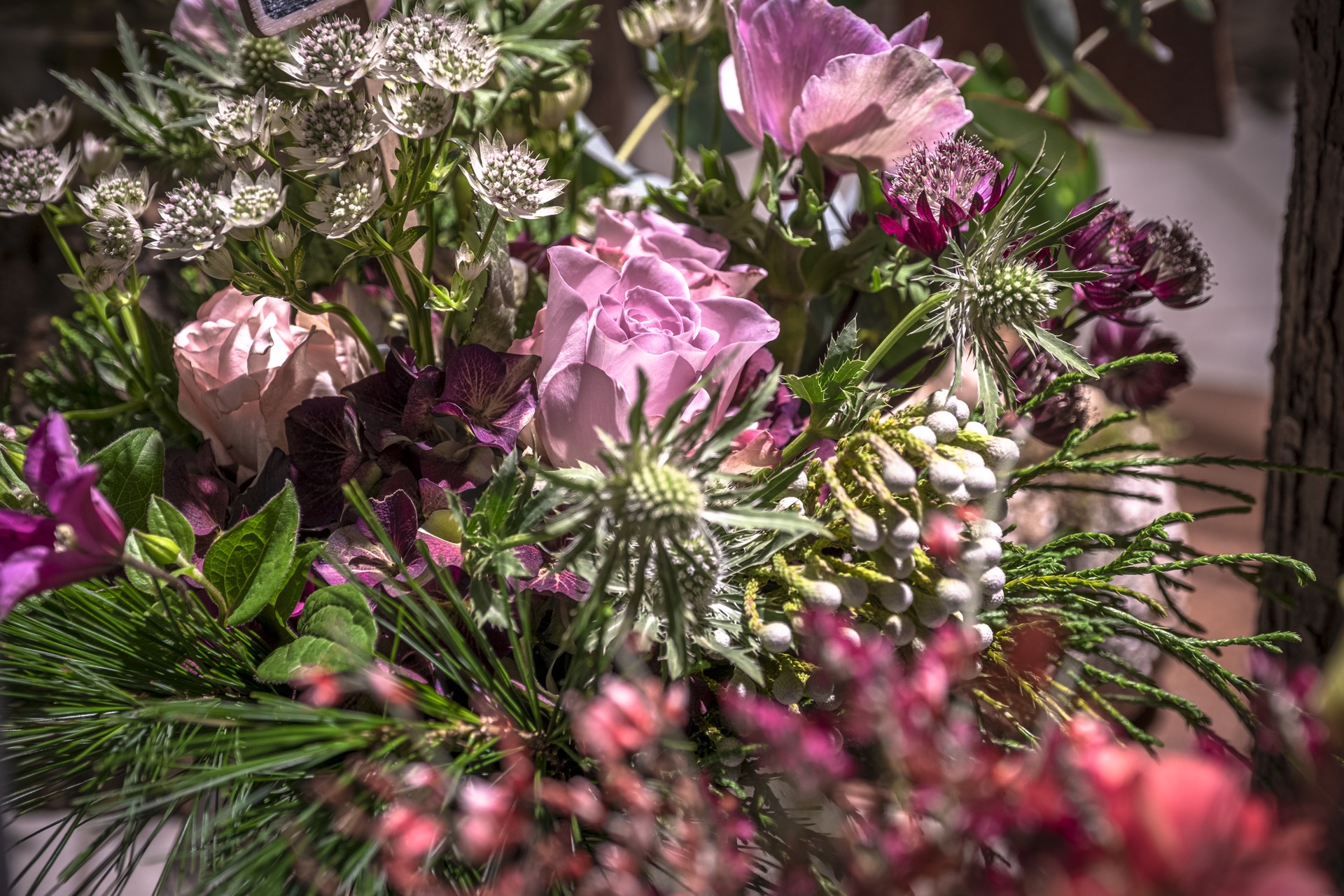 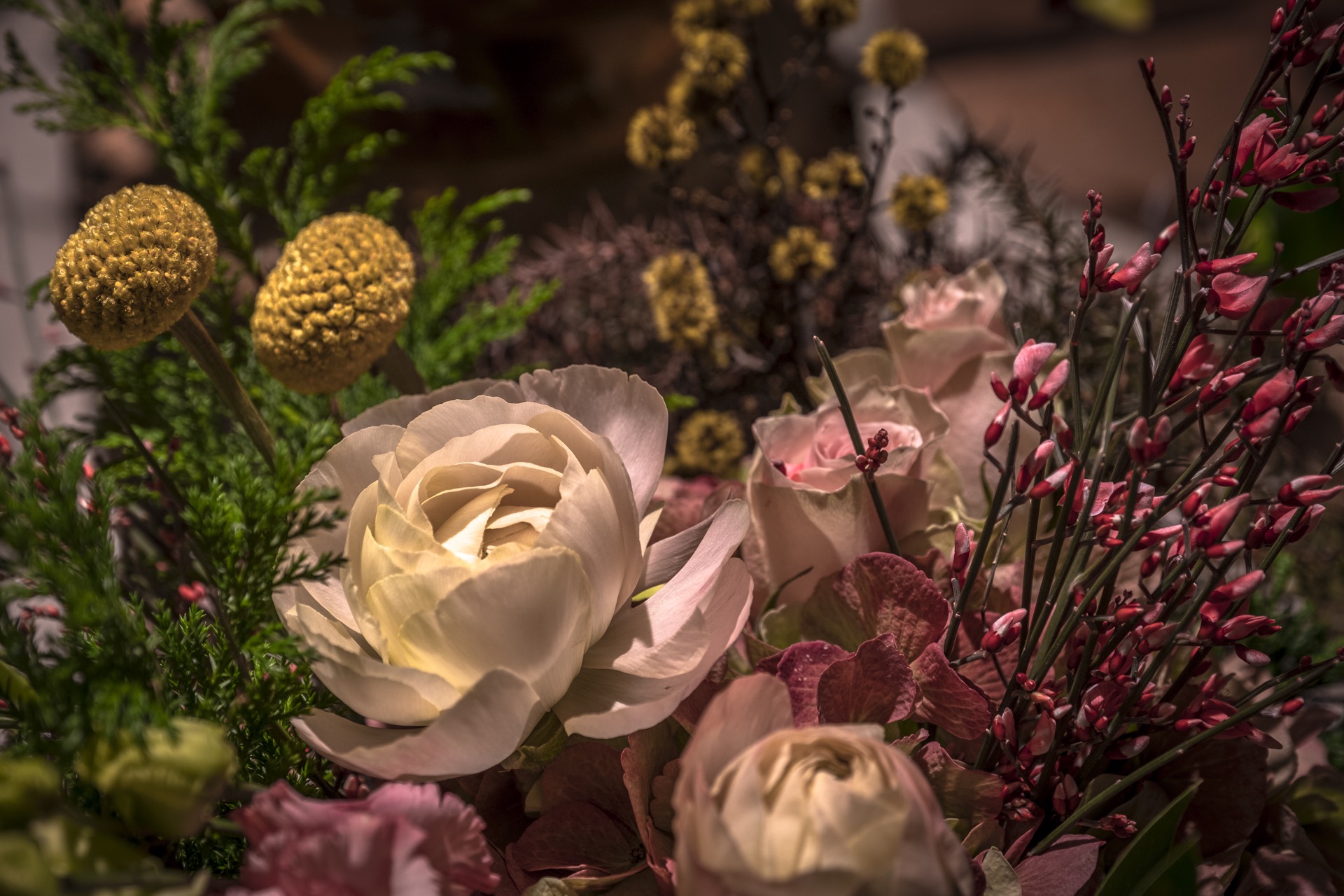 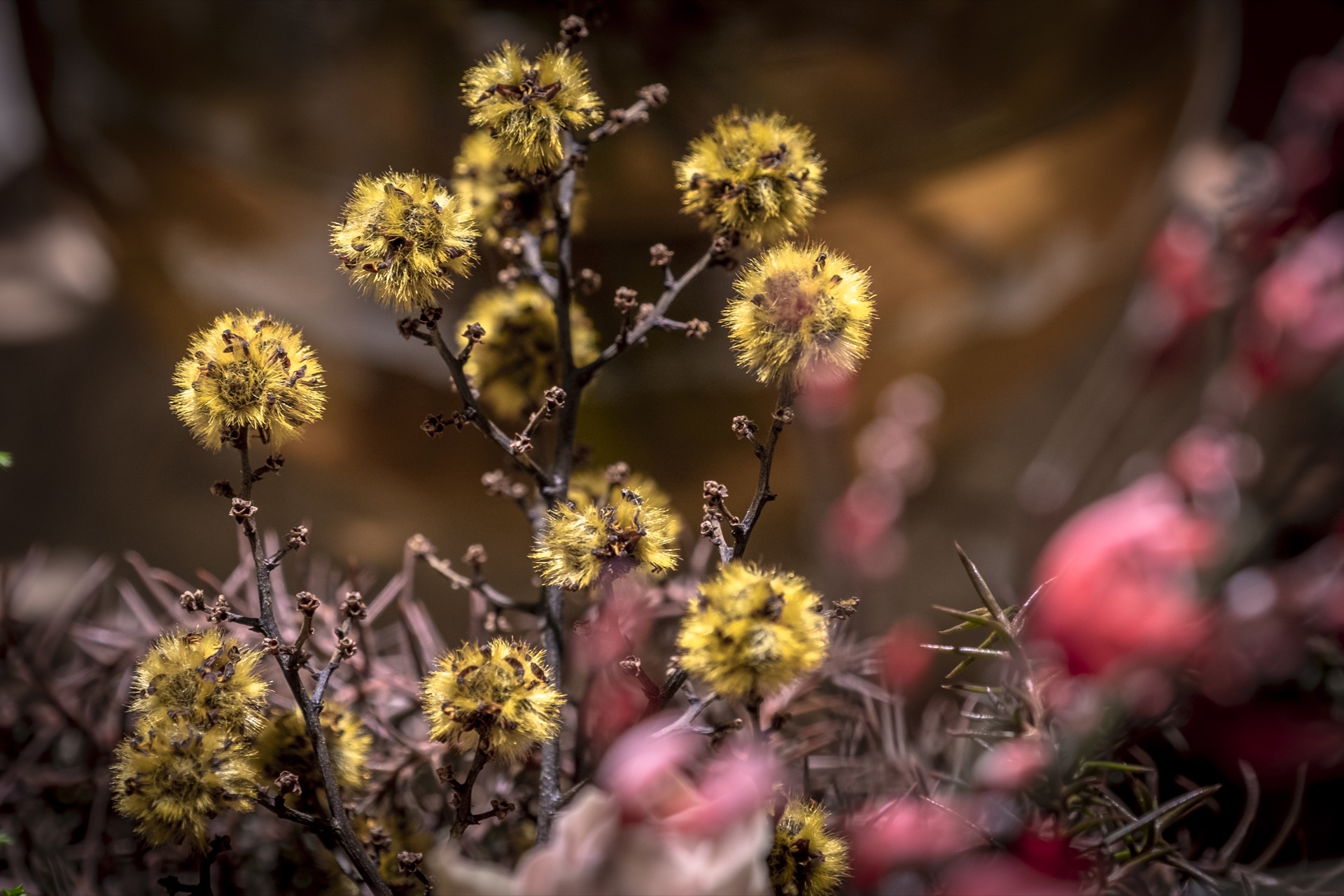 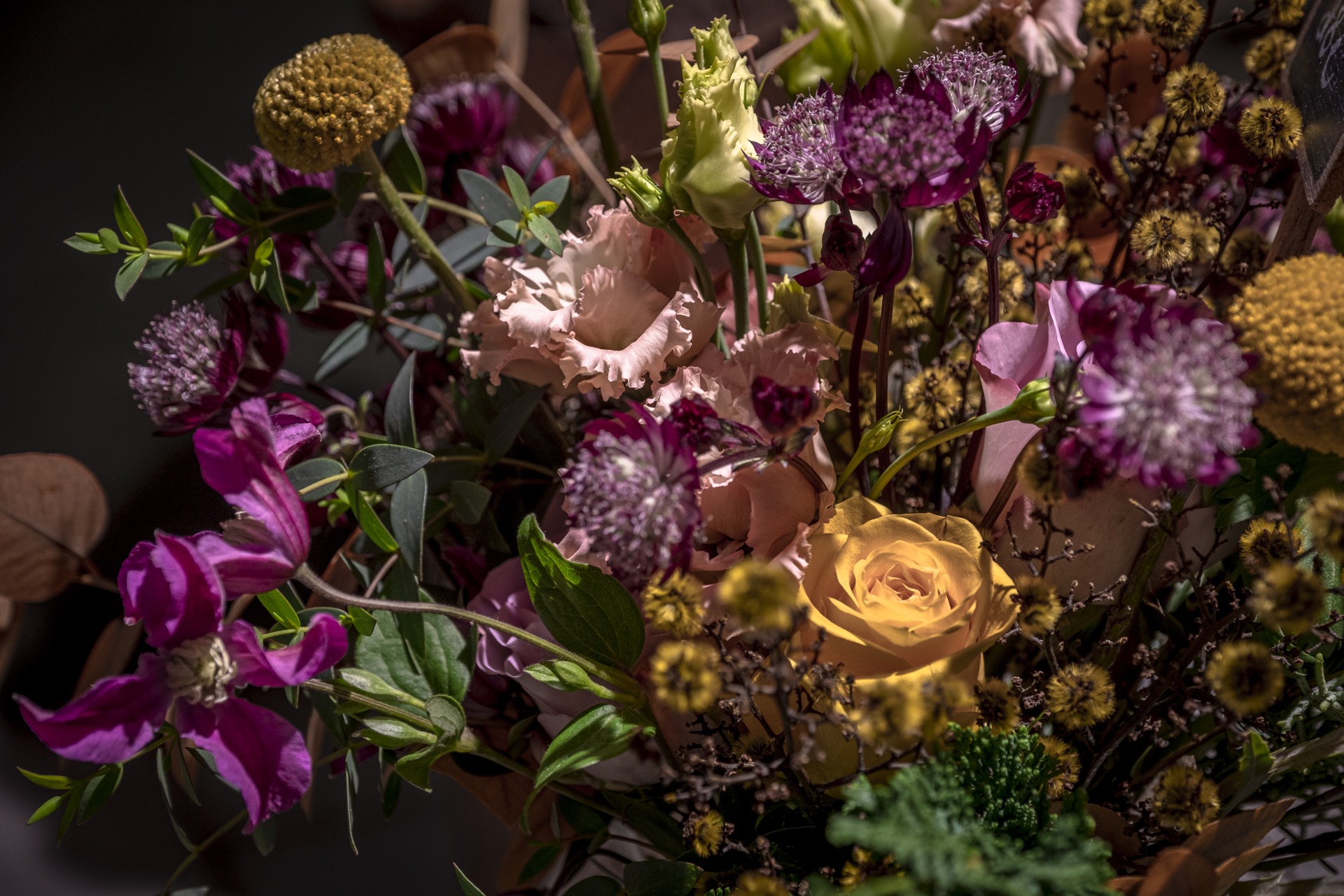 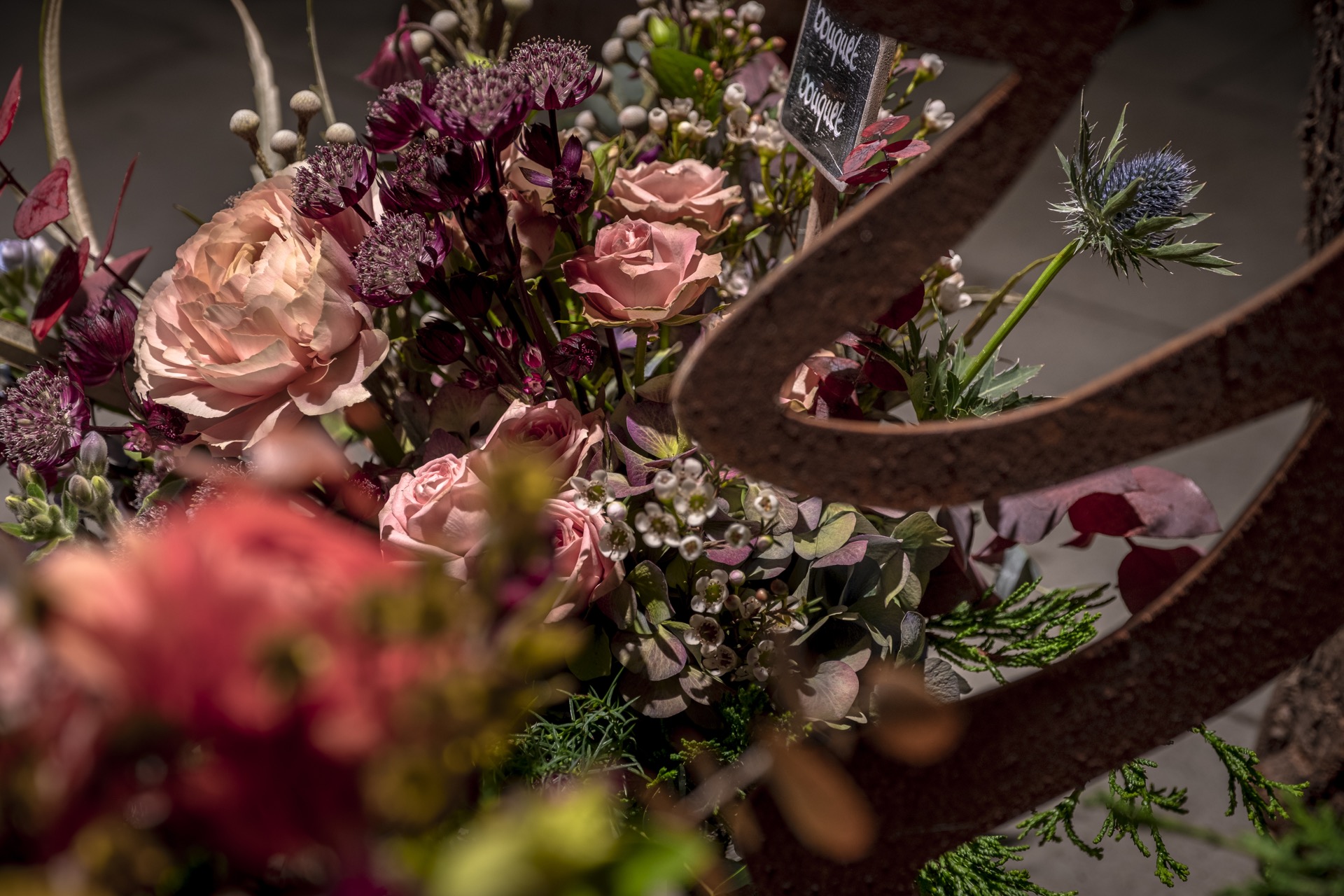 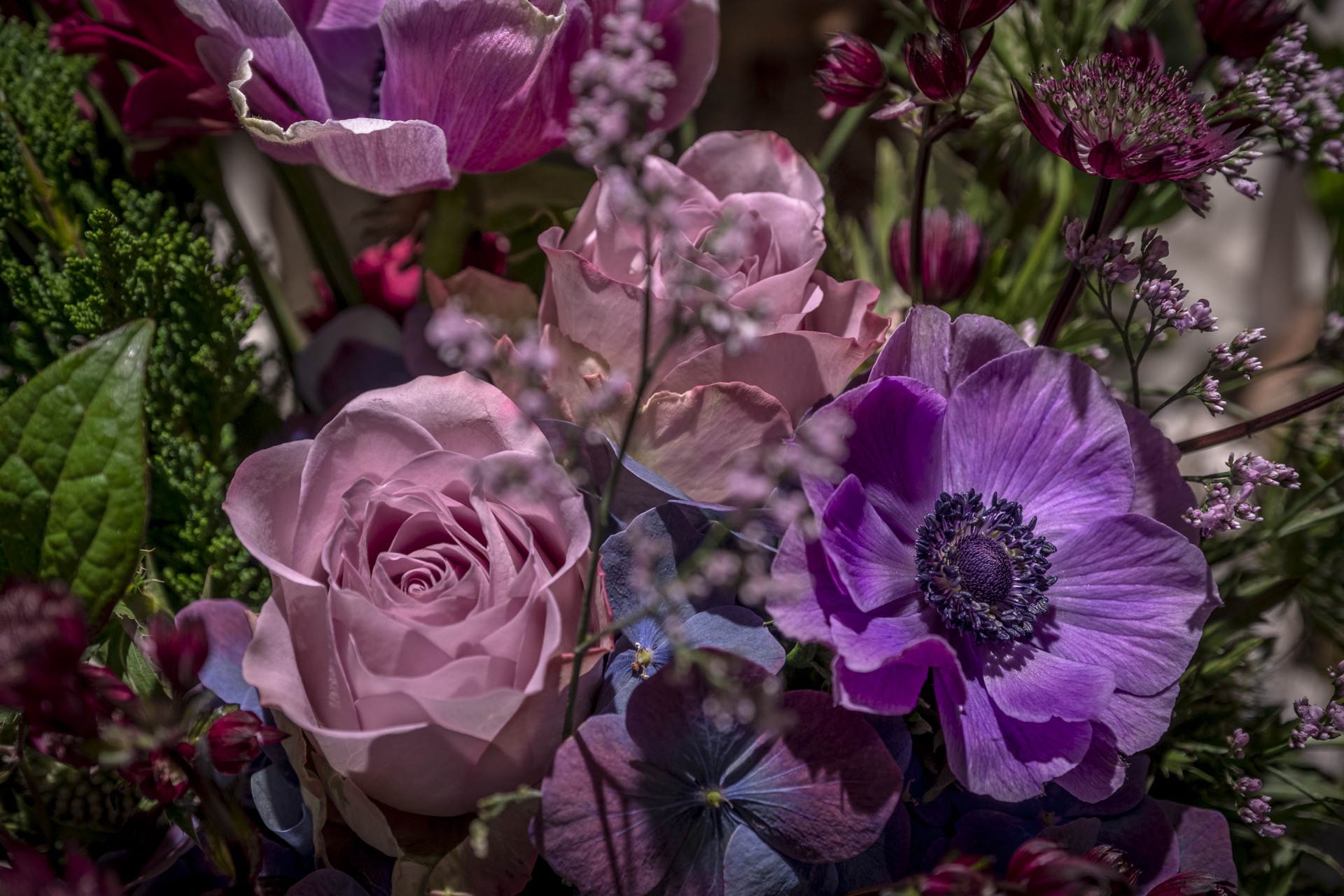 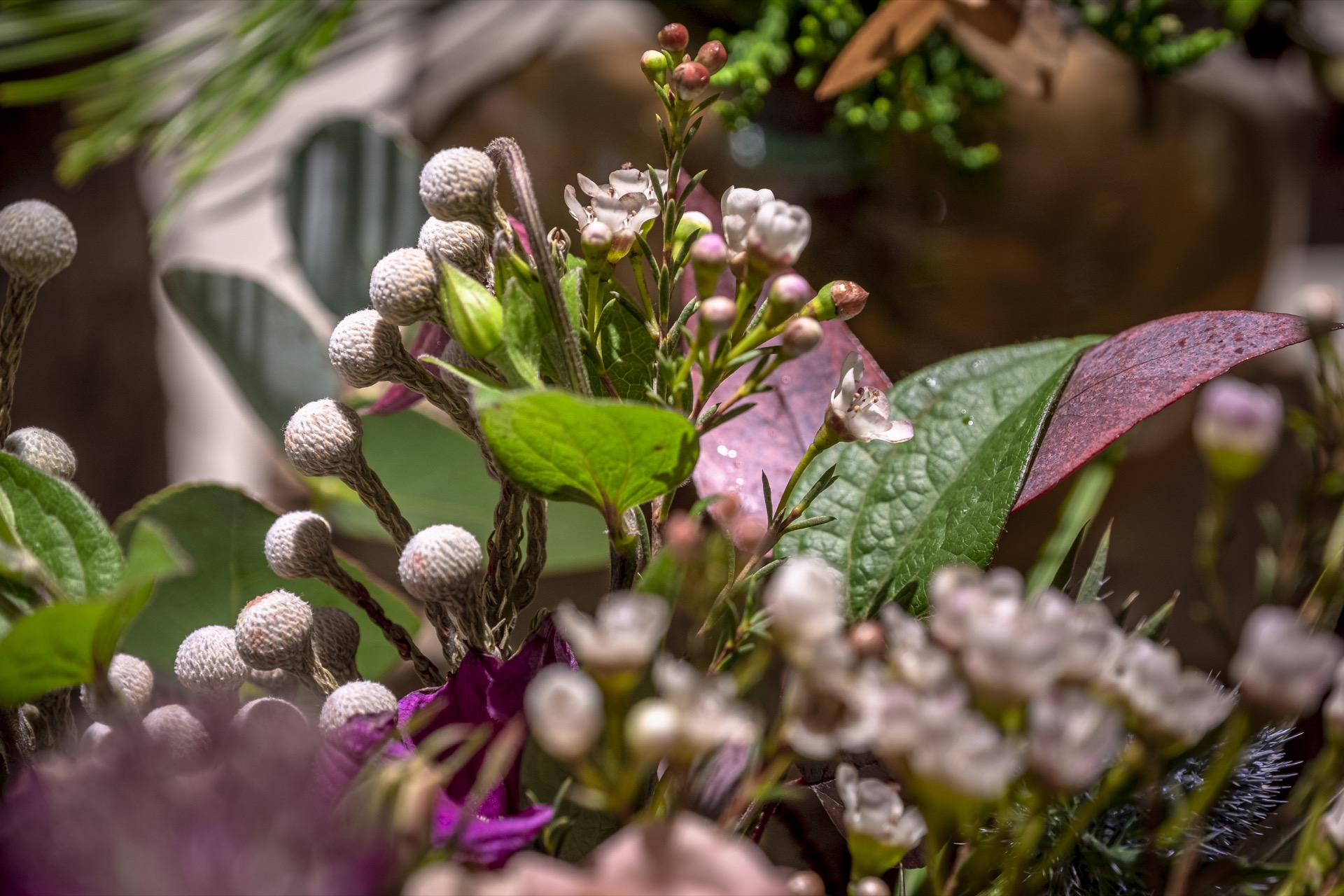 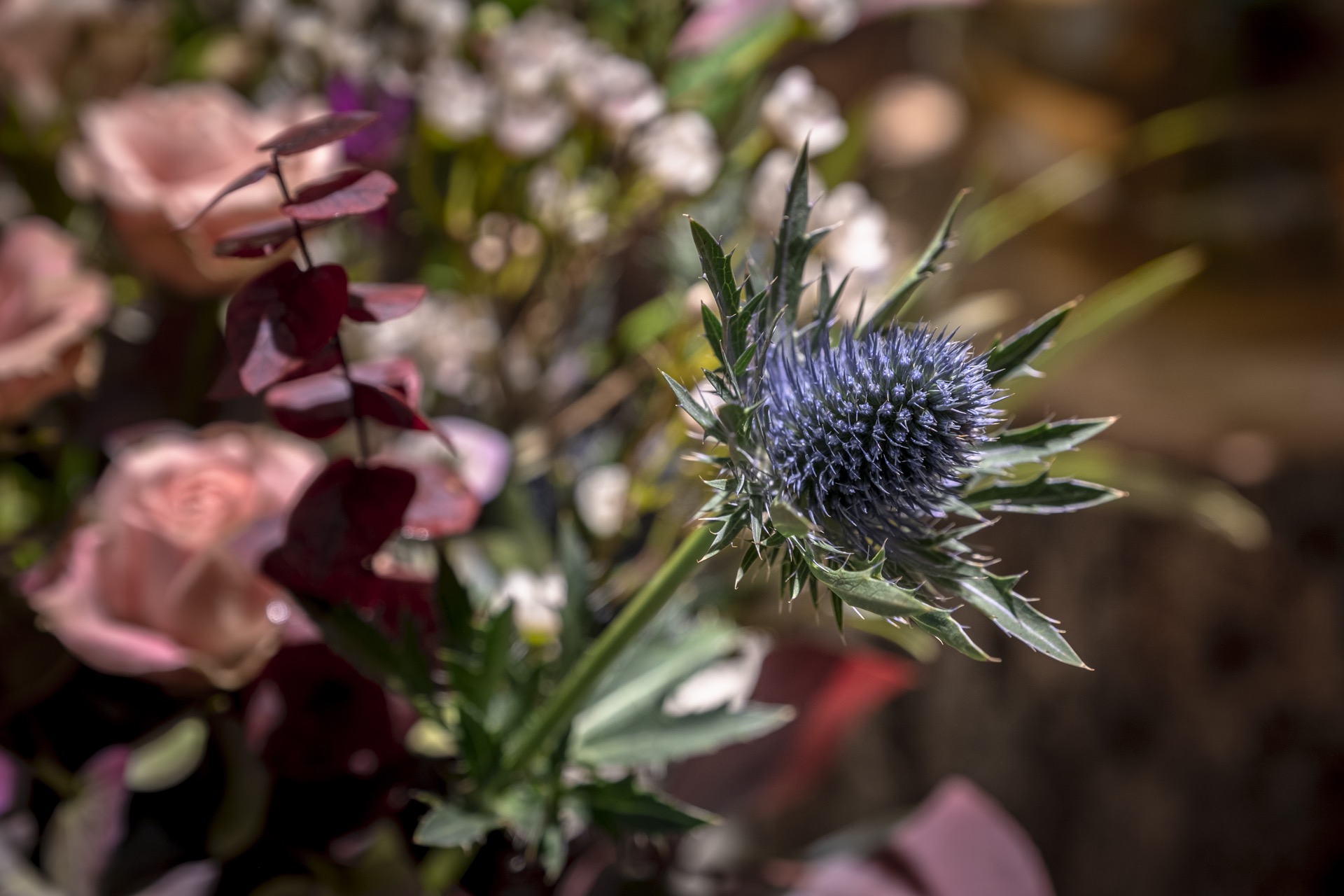 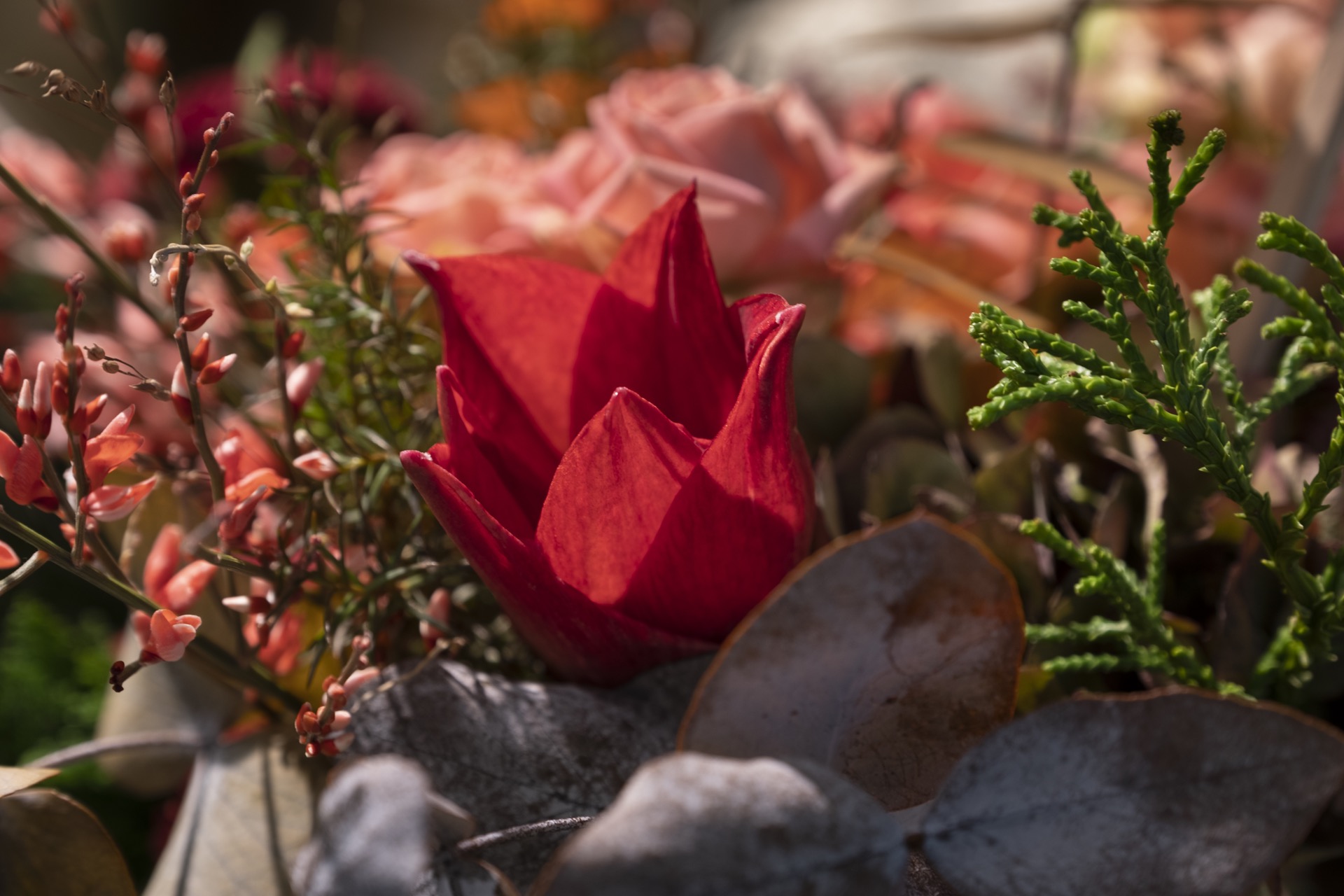 Ask Les Fleurs du Marché to create special floral arrangements for the register office, the floral decoration for the church or reception venue. Creating the bride’s bouquet: the bride will know exactly what she wants and expects after meeting Arnaud Boseret. And with good reason, since the florist from Boitsfort fully understands that the radiance of the bouquet expresses the personality of the bride.

For a funeral, a floral wreath, cushion or display for the coffin will accompany the funeral procession and reflect your condolences throughout the ceremony.

Need to congratulate someone at work or celebrate a birth? Our team will bring all of its skills and experience to design the perfect bouquet of flowers or floral arrangement for you.

Whether it’s to mark a birthday or brighten a seminar, Les Fleurs du Marché will create your decorative floral piece in the colours you want or to match the theme of your event.

Whatever the date, from 1st January to 31st December, there’s not need for a special occasion for you to come and pick up the perfect bunch of flowers or ask for them to be delivered: simply contact us!

You choose how frequently you want your flowers: several times a month, once a week or even every day. Let a bouquet from Les Fleurs du Marché grace your reception area, bring colour to your living room or surprise and delight the love of your life. Call us and together we’ll find the right floral display…

Need for information about our regular subscriptions? Contact us

Got a question, specific project, or need to organise an event?
Leave your details with us and we’ll get back in touch with you as soon as possible.

The store will open : People visit the market for its warm, friendly country atmosphere, as well as for the variety, freshness and quality of its products. Every Sunday, from 8.30 am to 1.30 pm, Boitsfort market is a riot of flavours, fragrances and colours, ranged around the town hall (Place Wiener, Place Gilson): organic fruit and vegetables, fish, processed meats, bread, cheese, traditional artisanal delicacies, local specialities and produce from elsewhere, etc. And then there are the flowers… and what flowers!

Come and find Les Fleurs du Marché every Sunday, with its latest arrivals, in Rue du Ministre (opposite the Oxfam shop) and go home with a bouquet… of wonderful emotions.

We use cookies to ensure that we give you the best experience on our website. If you continue to use this site we will assume that you are happy with it.Ok
Go to Top